Shipping
The World’s Most Dangerous Waters
Forbes staff,
The perilous rescue of captain Richard Phillips is just one episode in a worldwide renaissance of sea piracy that began a decade ago. 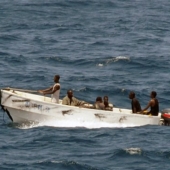 Contrary to what many people think, piracy has not been relegated to the history books. On the contrary, it has risen sharply in the last decade: The global arms trade has made it easy to access cheap and powerful weapons, and globalization has filled the oceans with cargo vessels. The plunder has spawned a new era of piracy that is dominated by machine-gun-toting gangs equipped with rocket-propelled grenades and other modern weapons ready to board, kill crews, steal cargo and even hijack and resell ships. Here’s where they strike most.

When most Americans thought of sea piracy before last week, Johnny Depp came to mind, not Somalia. But the hostage taking and perilous rescue of captain Richard Phillips is only the most high-profile episode in a worldwide renaissance of sea piracy that began a decade ago.

At its heart: the growth of global commerce in the past two decades that has crowded the oceans with cargo vessels, dry-bulk carriers and supertankers loaded with every good imaginable. The world currently transports 80% of all international freight by sea. More than 10 million cargo containers are moving across the world’s oceans at any one time.

The heavy ocean traffic (and its cargo) spawned a surge in sea piracy and a new breed of pirates, the bloodiest the world has seen. More than 2,400 acts of piracy were reported around the world between 2000 and 2006, roughly twice the number reported for the preceding six-year period. Although pirate attacks have at least tripled during that time period, the actual number of attacks remains unclear. Shipping companies frequently do not report attacks out of concern that it could increase insurance premiums.

And nearly every group of government monitoring sea piracy believes that number is seriously undercounted. The Australian government estimates the actual number of piracy attacks is 2,000% higher. Piracy is estimated to cost between $13 billion and $16 billion every year and could cost substantially more in coming years.

“Piracy is not going away,” says Peter Chalk, an international security analyst at the RAND Institute. “In fact, it’s getting more serious and more violent, and it’s only a matter of time before you need to take it more seriously.”

That’s starting to happen. The potential of a disastrous environmental spill resulting from an attack finally forced the international community to clamp down on sea piracy. International law allows any government vessel to repress an act of piracy in international waters. On Oct. 30, 2007, two American destroyers, the USS Porter and the USS Arleigh Burke, attacked and sank two Somali pirate vessels after the pirates captured the Japanese tanker, Golden Mori.

On April 4, 2008, the luxury French yacht Le Ponant was crossing the Gulf of Aden between Yemen and Somalia when a swarm of speed boats surrounded the 32-cabin, three-masted vessel. A band of Somali pirates stormed the yacht, hijacking the vessel and taking all 30 of its crew members hostage.

A week of intense negotiations followed, ending with the release of the hostages to French military officials on April 11 in exchange for an undisclosed ransom. Shortly after the exchange, a team of French commandos tracked the pirates to a remote location in the Puntland, a breakaway region in northern Somalia. The commandos overtook them on an open stretch of desert road, attacking from helicopters and capturing six of them. 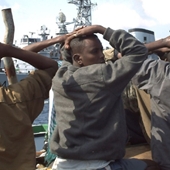 But Somalia is not the only place with piracy outfits this organized. Somalia is a relative latecomer to contemporary sea piracy. Since 2000, southeast Asia has had the most dangerous waters in the world. Malaysia and the islands of the Indonesian archipelago have seen the lion’s share of sea piracy since 2000. Also troubling: the waters off Nigeria and Iraq.

Unlike the pirates of yesteryear, contemporary sea piracy is frequently carried out by highly sophisticated criminal organizations made up of seasoned fighters and equipped with speedboats, satellite phones and global positioning systems. Recently captured Somali pirates claim they belonged to an organized militia that engaged in piracy to raise funds. Organizations have started attacking from more than one ship simultaneously using a number of quasi-military tactics.

Violence has become an endemic feature of privacy, particularly over the last five to 10 years. The birth of the illicit global arms trade that emerged after the fall of the Soviet Union in 1991 made it easier for many (who might feel less inclined to pursue piracy if they lacked guns) to become pirates, according to Chalk. The arms trade has made cheap and powerful weapons available in many parts of the world.

This not only poses an enormous risk in terms of human security, but also endangers maritime security. Attacked ships can be left unmanned, turning into rogue vessels. “In many maritime choke points where attacks often occur, this creates a serious risk of a collision,” says Chalk.

“The truth is that modern piracy … is a violent, bloody, ruthless practice,” said Captain Jayant Abhyankar, deputy director of the International Maritime Bureau at a conference in Singapore, “made the more fearsome by the knowledge on the part of the victims that they are on their own and absolutely defenseless and that no help is waiting just round the corner.”